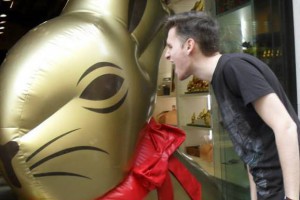 We are delighted to announce that Mike’s brother Sebastian Potts as agreed to take the role of Best Man. Beating off competition from several other strong contenders, Seb was his usual effusive self, quoted as saying “Yeah, sounds good” when offered the position.

Mike said “Seb is was quite popular, having been nominated by several people even before I met Alex! Whilst pondering the decision a friend told me that your best man is for life. There was thus really only one choice”. As a prize, Seb not only got the opportunity to publicly ridicule Mike in front of loved ones and new family, but was also presented with some socks and a set of cufflinks

Categories: timeline
← Our Guard of Honour Meet the bridesmaids! →