Our Guard of Honour 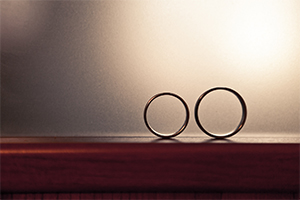 Charlie and Alex have worked together since 2012, and he hasn’t earned the nickname ‘Grumpy Charlie’ for nothing… However, a good friend is invaluable in the Army and he has more than once rescued Alex from herself.

Tony and Alex met in Germany, when he came clubbing in a Paisley shirt and velvet jacket. What’s not to like?! A firm friendship was formed when it transpired later that night he knows the dance routine to ‘Single Ladies’.

A fellow Captain in Germany, Mat claimed to have a real job out there. We realized this wasn’t true when he in fact appeared to organise the winter ball single handedly, making 20 litres of eggnog.

James was part of Alex’s intake to Sandhurst, along with Jo Keddie and Becky Ward. Many fond memories of that time abound, just don’t ask either of them about Tescos in Amesbury…

Captain Storr, one of the most suave men in NATO. The wife of the Chief of Staff of 3 Div apparently fancies him (he was informed of this fact by the Chief of Staff himself!) and he has, shall we say, a wide female following in the mess. A most lovely man, however, not at all deserving of the nickname ‘cad’, however much we try to make it stick.

Rich Holland is like the Mario Ballatelli of ALS. From this I will leave you to draw your own conclusions. Any man who lugs boxes for Alex and then feeds her Port is a good friend. Rich has also been excellent company in the office since 2012.

Categories: timeline
← The Rules of Engagement Seb Potts agrees to be best man →